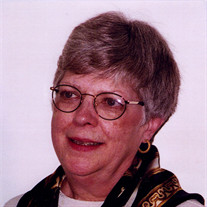 Ann Elaine Kelly, 79, of Cincinnati, Ohio, formerly of “Portland” DeMossville, Kentucky, passed away on Friday, March 22, 2019, at Wellspring Health Care Center in Cincinnati. She ended her life as she lived it, filled with joy. Born on the Kelly Family Farm on February 12, 1940, she was a daughter of the late John H. “Jack” and Esther Donehue Kelly. In 1958, Ann earned the title of Kentucky Dairy Princess and graduated from Butler High School. For one year she traveled extensively speaking and serving as an ambassador for dairy farmers and the retail dairy industry. She continued her education earning her Bachelor’s Degree from the University of Kentucky in 1964. Ann began her career in retail with the Cincinnati landmark Mabley & Carew Department Store. She then embarked on a 31 year career with Mercantile Stores first as a China Buyer in Lexington KY with McAlpins, involved in the opening of the Turfland and Lexington Mall stores. Respected in the industry, Ann was promoted to Corporate buyer of china, silver, glass & specialty gifts with the Mercantile Stores in New York, where she lived in Manhattan, around the corner from the late Kathryn Hepburn, and within 15 minutes of the theatre district, where she saw her favorite musical “CATS” four times. When Mercantile Stores relocated to Fairfield OH, Ann was able to relocate to the Cincinnati area where she began her career. Ann was a lifelong member of St. John Catholic Church – Dividing Ridge. Ann loved her family and her faith. Her humble and kind nature, always focusing on the needs and concerns of others, made her a bright light in the lives of those blessed to know her. Equally at home working in New York City or on the Kelly family farm, Ann bloomed wherever she was planted. She is survived by one sister, Mary Fiorini and one brother, Gerald Kelly, and her sister-in-law, Jo Schmutte Kelly, all of Cincinnati, OH; many nieces, nephews, great nieces and nephews; and a host of extended family and friends. In addition to her parents, she was preceded in death by five siblings: John (the late Edelle McCoy) Kelly, Charles Kelly, Lillian (the late Ralph Schweinefuss), Harry (the late Norma Foster) Kelly, and Alfred Kelly. Mass of Christian Burial will be held at 11 am on Saturday, March 30, 2019, at St. John Catholic Church - Dividing Ridge, with Fr. Damian Hils officiating. The visitation will be from 5-8 pm on Friday, March 29, 2019, at the Woodhead Funeral Home, 310 W. Shelby Street, Falmouth, KY 41040. Interment will take place in the St. John Cemetery, DeMossville. In lieu of flowers, memorials are suggested to the St. John’s Cemetery Fund, or the charity of the donor’s choice.

Ann Elaine Kelly, 79, of Cincinnati, Ohio, formerly of &#8220;Portland&#8221; DeMossville, Kentucky, passed away on Friday, March 22, 2019, at Wellspring Health Care Center in Cincinnati. She ended her life as she lived it, filled with joy.... View Obituary & Service Information

The family of Ann Elaine Kelly created this Life Tributes page to make it easy to share your memories.

Send flowers to the Kelly family.