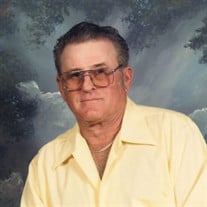 Billy Gene Kendall, 87, of Berry, KY passed away at his home on Tuesday, September 21, 2021. He was born in Harrison County, KY on December 11, 1933 to the late Ethel Knox and C.W. “Chill” Kendall. Billy was a veteran of the U.S. Air Force, where he served in Korea, and was a member at the Colemansville Christian Church. He worked his entire life as a farmer and a painter, and was also a master antique tool collector. On February 15, 1985, he would marry Lula Mae Kendall and the two of them would spend the next 31 years together. Billy experienced true heartbreak on January 23, 2017 with the passing of his true soul-mate, Mae. Billy is survived by two children: Billy Gene Kendall, Jr. and Mary Lynn Kendall, both of Cynthiana. He is also survived by two grandsons: Bradley Kendall and Dylan Lee Johnson and two great-granddaughters: Kamryn Bree Kendall and Kira Sue Kendall. Funeral services for Billy Kendall will be on Friday, September 24, 2021 at 2 PM at the Woodhead Funeral Home in Berry, KY. Visitation will take place from noon-2, preceding the service. Interment will be at the Pythian Grove Cemetery in Berry, KY. Serving as pallbearers: Lee Ballard, Bradley Kendall, Dylan Johnson, Buck Fowler, Scotty Milner, and Wagner Perrin. Honorary pallbearers: Jerry Barnes, Bill Hon, Ed Fogle, and Jimmy Kendall. Memorials are suggested to: Bluegrass Care Navigators: 1317 US 62E Cynthiana, KY 41031. Online condolences can be made at www.woodheadfuneralhome.com

The family of Billy Gene Kendall Sr. created this Life Tributes page to make it easy to share your memories.

Send flowers to the Kendall family.