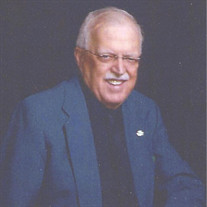 Gerald Alan Kelly, 83, of Cincinnati, OH, formerly of “Portland” DeMossville, KY, passed away peacefully on Thursday, July 16, 2020 at the home of his nephew. Born on the Kelly Family Farm on July 8, 1937, he was a son of the late John H. “Jack” and Esther Donehue Kelly. Gerald graduated from Butler High School in 1955, studied at the College-Conservatory of Music and served in the U.S. Army from 1960-1962. He was raised attending St. John Catholic Church – Dividing Ridge, and when he moved to Cincinnati, he attended St. Boniface Church. He retired from BGR in West Chester, OH, where he worked as a customer service representative, and formerly he worked at the Baldwin Piano Company and McAlpin’s Department Store in similar capacities. Gerald’s true passion was singing. Blessed with a wonderful voice, Gerald shared his gift in countless ways including church choirs. For over 50 years, Gerald was a “barber shopper.” As a young adult he started singing with the Southern Gateway Chorus and later with the Friendly Sons of St. Patrick Glee Club, and the Gilbert & Sullivan Society. He was most recognized as a member of the Roaring 20’s Quartet earning 7 International medals, singing lead from 1969-1983 and recording an LP. Favorite performances include “South Pacific” at the Edgecliff Theatre in Cincinnati, “Music Man” at the Aronoff in Cincinnati, “Pirates of Penzance” at Dayton’s Schuster Center, and “Music Man” with the Dayton Philharmonic. Gerald was a familiar face at community and regional theatre and area college theatre and choral performances. In his last days, dear friends visited to sing and comfort him at his bedside. Gerald was the last of his immediate family, preceded by 7 siblings and their spouses: John (Edelle McCoy) Kelly, Charles Kelly, Lillian (Ralph) Schweinefuss, Harry (Norma Foster) Kelly, Alfred (Jo Schmutte) Kelly, Mary Virginia Kelly Fiorini, and Ann Elaine Kelly. He is survived by many nieces, nephews, great nieces and great nephews; and a host of extended family and friends. Mass of Christian Burial will be held at 10:30 am on Saturday, July 25, 2020 at St. John Catholic Church – Dividing Ridge. The visitation will be from 5-8 pm on Friday, July 24, 2020, at Woodhead Funeral Home, 310 W. Shelby Street, Falmouth, KY 41040. In lieu of flowers, memorials are suggested to the St. John’s Cemetery Fund, or the charity of one’s choice.

The family of Gerald Alan Kelly created this Life Tributes page to make it easy to share your memories.

Send flowers to the Kelly family.