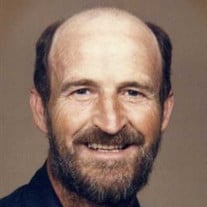 Biography Joseph Daniel Chalfant, 73, of Falmouth, passed away on Friday, January 14, 2011, at the University Hospital in Cincinnati, Ohio. Born in Pendleton County, Kentucky on February 11, 1937, he was a son of the late Serena Browning Chalfant and Monroe Daniel Chalfant. He graduated from Falmouth High School in 1956. On October 14, 1956, he married Pauline Hyatt and his dear wife survives his passing. He was a retired foreman with CAMCO Chemicals in Kenton County, a veteran of the U.S. Naval Reserves and the U.S. Army, and a member of the Oakland Christian Church, Pendleton County. In addition to his parents, he was preceded in death by three sisters: Ruth Courtney, Frances Lea, and Rose Marie Chalfant; and two brothers: James Franklin Chalfant and Ernest Clark Chalfant. In addition to his wife of 54 years, Pauline Chalfant, he is survived by his son and daughter-in-law, Tom and Carol Turley Chalfant of Miamisburg, Ohio; two grandsons: Ryan Thomas Chalfant and Luke Michael Chalfant; two sisters: Margaret (Jim) Haley of Falmouth, Kentucky and Julia Lea of Blanchester, Ohio; and a host of extended family and friends. A memorial service will be held at 4:00 p.m. on Wednesday, January 19, 2011, at the Woodhead Funeral Home, Falmouth. Family and friends are invited to gather from 2-4:00 p.m. preceding the service. The Hardin- Browning Post #109 will conduct a military tribute. Memorials are suggested to the Hospice of Hope or the Pendleton County Relay for Life

The family of Joseph Daniel Chalfant created this Life Tributes page to make it easy to share your memories.

Send flowers to the Chalfant family.