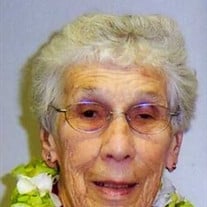 Biography Lois Josephine Campbell Wilson, 91, of Falmouth, passed away on Sunday, September 4, 2011, with her daughters at her side. Born in Butler, Kentucky, on September 7, 1919, she was a daughter of the late James Harrison and Faye Josephine Ellis Campbell. She married James Lowe Wilson, who preceded her in death in 1998. For 39 years, she was a teacher in Kenton and Pendleton Counties, working primarily at the former Morgan Elementary, where she was the cheerleading sponsor and the sponsor of the Morgan Young Historians. She also taught at the former Morgan High School, the Pendleton County Middle School, and the Pendleton County High School. Her areas of instruction included English, Reading, and Kentucky History. She was a member of the Morgan Christian Church, a member of the Pendleton County Retired Teachers Association, a Kentucky Colonel, a member of the Kay Knarr Homemakers, and a member of the Pendleton County Historical Society. In addition to her parents and her husband, she was preceded in death by two brothers: Ellis and Robert Campbell. She is survived by two daughters: Toni Alice Wilson Riley of Hopkinsville, KY, and Barbara Gail Wilson (Emile R. Zola) of Indiana, PA; two granddaughters: Elizabeth Alice Riley and Catherine Margaret Riley; one brother, George S. Campbell of Butler, KY; one sister, Mary Lee Campbell Sands of Louisville, KY; numerous nieces and nephews; and a host of friends. The funeral service will be held at 11:00 a.m. on Thursday, September 8, 2011, at the Woodhead Funeral Home, Falmouth, with Pastor David Wu officiating. The visitation will be from 4-8 pm on Wednesday at the funeral home. Interment will take place in the Morgan Cemetery, Pendleton County. Memorial contributions are suggested to the Pendleton County Education Foundation for the Lois Campbell Wilson Scholarship.

Biography Lois Josephine Campbell Wilson, 91, of Falmouth, passed away on Sunday, September 4, 2011, with her daughters at her side. Born in Butler, Kentucky, on September 7, 1919, she was a daughter of the late James Harrison... View Obituary & Service Information

The family of Lois Josephine Campbell Wilson created this Life Tributes page to make it easy to share your memories.