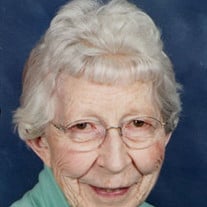 Margaret E. (Peg) Whitely, 87, of Falmouth, Ky. formerly of Downingtown, Pennsylvania, passed away on Wednesday, December 9, 2009, at the Cedar Ridge Health Care Campus in Cynthiana. . Born on April 3, 1922 in Chester County, Pennsylvania, she was the daughter of the late William H. and Sarah Fulmer Harris. She was a 1940 graduate of Downingtown High School in Pennsylvania. For a short time after graduation, she worked at Collins & Aikman Plush Mill in Bondsville, Pennsylvania. She married Ralph E. Whitely on January 29, 1944, and her dear husband preceded her in death on October 7, 2008.For 65 years, she had been a member of the Hopewell United Methodist Church in Downingtown, Pennsylvania, where she taught Sunday School and Bible School. As a member of Bethany Class, she volunteered at Hickory House Nursing Home mending clothes for residents. In addition to her parents and her husband, she was preceded in death by her sister, Mabel Butler and two half-brothers, Jack and Arch Powell. She is survived by a daughter and son-in-law, Patricia W. and Glendon R. Lonaker of Falmouth; her grandson, Glendon R. Lonaker, Jr.; and her granddaughter, M. Michele Lonaker.

The family of Margaret Whitely created this Life Tributes page to make it easy to share your memories.

Send flowers to the Whitely family.