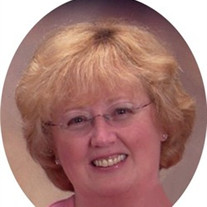 “The Road Not Taken”, by Robert Frost, poignantly represents the life choices which charted the path for Rena Carol Aulick-Lynn, 66, of Paris, KY, formerly of Pendleton County, KY, who passed away on Saturday, January 30, 2016, at her home, after a long and valiant battle with M.S.A. "My life’s path was a foggy one. I couldn’t have possibly predicted most of my life. My path was comprised of stones, boulders, and detours, yet there were more often super highways, unknown friends, exciting discoveries around the bends. Taking the foggy path has yielded my highest highs and an occasional lowest low but it has made “all the difference,”"reflects the late “Carol” Aulick-Lynn. Born in Maysville, KY, on July 7, 1949, a daughter of Irene Hardy Aulick and the late Marvin Kendall Aulick, Carol grew up as the eldest daughter on a Kentucky tobacco farm with a love of music, learning, and adventure. “Love of music has always been my passion and given me great peace, solitude, and pleasure,” remembers the late Carol Aulick-Lynn. Born into a musical family, Carol remembered her mother and Grandma Aulick playing the piano, her Great Grandfather “Daddy Jess” playing the fiddle, her Aunt Wanda and Uncle Shelby Cummins playing the guitar and her Great Uncle Wilson playing the banjo and fiddle. At age three, she sang “Jesus Loves Me” at Neave United Methodist Church in Bracken County, where she later played the piano and organ throughout her high school years, in addition to accompanying her high school chorus.   In addition to her stellar academic record at Pendleton High School, she attended choral programs at the University of Kentucky and Morehead State University, played a piano duet with the late Myron Doan at PHS Baccalaureate her junior year, accompanied her senior class playing “Born Free” her senior year, took voice lessons from Marian Spellman, sang in a radio commercial, auditioned for and accepted a position with the May Festival Chorus, with whom she performed Rosini’s “Stabat Mater” at Carnegie Hall with the Cincinnati Symphony under the direction of Maestro Thomas Schippers, recorded an album of “Stabat Mater” at Music Hall, and continued as a member of the May Festival Chorus under Maestro James Levine. As an adult, she taught piano and music theory. Following her graduation from Pendleton High School in 1967, Carol earned her national ASMT certification through the Medical Technology program at Central Baptist Hospital in Lexington, while simultaneously taking care of her young daughter, Jodi Lynn. Carol joined Proctor & Gamble in their New Business Department, filed 3 patent applications (two were packaging related; one was a method to achieve browning in a microwave oven), earned a position as a Perfumer Trainee, with four years in the Package Soap & Detergent Department (P.S. & D.D.), studying perfumery in Cincinnati, New York, Paris, Geneva, U.K., Germany, and the Netherlands, and created a consumer preferred fragrance for Dreft baby detergent which went national. Carol was promoted to perfumer and continued creating fragrances for several market leader products including Tide and Dash detergents, Secret and Sure deodorants, and Dawn and Joy dishwashing liquids. She became a member of the A.S.P. (American Society of Perfumers), won an A.S.P. trophy for the best detergent fragrance in the market (the last fragrance she created for Tide detergent), won Honorable Mention in an International Fragrance Competition, and started and co-led a training program. She was invited to speak at the W.P.C. (World Perfumery Congress) in Mallorca, Spain, presenting “Technical Challenges Associated with Perfuming Chlorinated Products,” and she joined the CEW (Cosmetic Executive Women).   Carol was promoted to Principal Perfumer/Principal Scientist, managing P.S. & D.D. in the Perfumery Section. She moved to the New York area, as the Perfumer, Director of Evaluation with Firmenich, and later accepted the position of Director of Fragrance Development at Intercontinental Fragrances in Houston, TX, where she was promoted to V.P., Exec. V.P., and appointed to the Executive Board, visiting 15 countries throughout her tenure:   St. Lucia, Belize, Canada, Mexico, U.K., Switzerland, France, Germany, Belgium, the Netherlands, Monaco, Jamaica, Scotland, Spain, and Nova Scotia. Always loving new experiences, Carol raced a trans am in the S.C.C.A. (Sport Car Club of America), and she won once. She took sail-plane flying lessons and sailing lessons. With a love of family history, Carol studied “Aulick” genealogy, documenting straight line lineage to the first Aulick in the U.S., Carl Christopher Edman Aulick, a Hessian solider from Silesia, who surrendered to Cornwallis at Yorktown at the end of the Revolutionary War.  She was appointed to the Board of Directors and served as Co-Registrar for the J.S.H.A. ( Johannes Schwalm Historical Association, dedicated to approximately 7000 “Hessian” soliders who remained in the U.S. and made it their home), co-authored with her husband, Jesse L. Lynn, Jr., and published an article titled, “Carl Christopher Edman Aulick, Hessian, Husband, Father, American.” Carol is survived by her husband of 15 years, Jesse L. Lynn, Jr., whom she married on November 20, 2000 in Negril, Jamaica; her daughter, Jodi Lynn Wilson of Chicago, IL, who followed in her mother’s footsteps becoming a perfumer; her son and daughter-in-law, Jesse L. Lynn, III (Major, USAF) and Stephanie Tacker of Dayton, OH; two grandchildren:   Nicholas Jacob Lynn and Katherine Ann Lynn; her mother, Irene Hardy Aulick of Falmouth, KY; two sisters: Marene Elaine Aulick (Cathy Fisher) of Roanoke, VA and Deborah Charlene Aulick of Glen Allen, VA; and a host of extended family and friends. In addition to her father, Carol was preceded in death by her son, Nathan Bradley Lynn in 1998

&#8220;The Road Not Taken&#8221;, by Robert Frost, poignantly represents the life choices which charted the path for Rena Carol Aulick-Lynn, 66, of Paris, KY, formerly of Pendleton County, KY, who passed away on Saturday, January 30, 2016, at... View Obituary & Service Information

The family of Rena Carol Aulick created this Life Tributes page to make it easy to share your memories.

“The Road Not Taken”, by Robert Frost, poignantly represents...

Send flowers to the Aulick family.