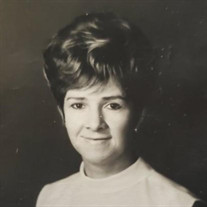 Sue E. Godman, 86, of Florence, KY, formerly of Hollywood, FL, passed away on Friday, March 6, 2020, at Charter Senior Living in Edgewood, KY. Born on November 29, 1933 in Pendleton County, KY, she was a daughter of the late James H. and Agnes Barnes Godman. A graduate of Morgan High School, Sue completed a two year course in education at Cumberland Junior College in 1956. In 1960, she earned a B.S. in Elementary Education from Eastern State University, and in 1973, she completed her M.A. in Counseling in the Community from Ball State University. From September 1956 –June 1965, she taught for the Kenton County Board of Education in KY, the New Richmond Exempted Village Schools in OH, and the Broward County Board of Education in FL. While in Florida, she volunteered at the Broward Community College in Dania, FL, counseling the elderly and at the Humane Society in Orlando, FL. From September 1965-June 1974, she worked as a federal employee for the Department of Defense, teaching overseas at the American Elementary School in Mainz, Germany, the Clark Air Force Base Elementary School in the Phillipines, the Weathersfield Air Force Base in England, and the American School in Bad Nauheim, Germany. Sue loved her family, traveling, cooking, yoga, nature, and animals. She is survived by her brother, Jimmy (Faye) Godman of Falmouth, KY; her sister, Mary (Jim) Fossitt of Florence, KY; her nieces and caregivers: Amy (Bill) Beuttel of Ft. Mitchell, KY and Cynthia (Randy) Zumbiel of Louisville, KY; several nieces and nephews; and a host of extended family and friends. In addition to her parents, she was preceded in death by two sisters: Jayne Pugh and Bettie L. Crawford. Graveside services will be held at 1 pm on Sunday, March 8, 2020, at Morgan Cemetery, Pendleton County, under the care of Woodhead Funeral Home, Falmouth. Memorials are suggested to PCEF Classroom Supply Fund: 2525 Highway 27N, Falmouth, KY 41040.

Sue E. Godman, 86, of Florence, KY, formerly of Hollywood, FL, passed away on Friday, March 6, 2020, at Charter Senior Living in Edgewood, KY. Born on November 29, 1933 in Pendleton County, KY, she was a daughter of the late James H. and Agnes... View Obituary & Service Information

The family of Sue E. Godman created this Life Tributes page to make it easy to share your memories.

Send flowers to the Godman family.