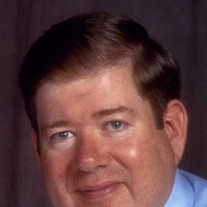 Biography Alan Curtis Hall, age 48 of Falmouth passed away Wednesday July 8, 2009 at his home in Hayes Valley. Born on July 14, 1960, in Campbell County, KY, he was a son of the late Ayrus C. & June Norton Hall. He married Ressie Painter Hall on January 31, 1987. Alan was a 1978 Graduate of Pendleton County High School. On May 23, 1986, he received a diploma in Electronics/Communications Technology from Northern Kentucky State Vocational-Technical School. He graduated with an Associates Degree in Applied Science in Industrial Education from Northern Kentucky University on May 16, 1988 and was awarded a Bachelor’s of Science in Industrial Education from Northern Kentucky University on December 16, 2000. In addition he received a Master’s degree in Liberal Studies from Northern Kentucky University on August 11, 2007. Alan was an Associate Professor of History at Gateway Community and Technical College in Edgewood, Kentucky. He had been a co-owner of Hall’s Electronics of Falmouth, Kentucky and was a member of the Butler United Methodist Church. He was a graduate of the 2000-2001 Kentucky Community and Technical College System’s President’s Leadership Seminar, and beginning in 2008, was co-developer of Gateway’s Study Abroad Program. He was a Pendleton County Education Foundation member and a Pendleton County Higher Education committee member. In addition to his wife of 22 years, Ressie, he is survived by a son, Adam Hall, and a daughter, Rebecca Hall both of Falmouth, Ky; sister, Vicki Hyatt, of Falmouth, Ky; niece, Wendy (Steve) Sper, and great nieces and nephews, Joshua, Emily, Julianna, Chas & Cade Sper, all of Falmouth, Kentucky.

The family of Alan C. Hall created this Life Tributes page to make it easy to share your memories.

Send flowers to the Hall family.