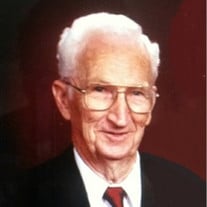 Charles Ray Conrad, 84, of Burlington, passed away on Saturday, July 25, 2015, at St. Elizabeth Heath Care in Florence. Born on September 28, 1930 in Harrison County, KY, he was a son of the late Thomas Raymond and Sudie Kendall Conrad. A graduate of Berry High School, Charles married Norma J. Bush on June 11, 1953, and his dear wife survives his passing. From 1966-1982, Charles was the President and Chairman of the Board of the former Peoples Deposit Bank of Burlington and served as the Boone County Treasurer and Finance Director for several years beginning in 1983. Most recently, he enjoyed working in the Boone County Sheriff’s Department as a vehicle inspector for several years. He faithfully served his country in the U.S. Marine Corps, served as Treasurer of the Boone County Fair Board and Treasurer of the Boone County Water District, was a member of the American Legion Post #4 in Florence, a member of the Burlington United Methodist Church, and a former member of the Kentucky Banker’s Association. Always active, Charles sought opportunities to help others. He volunteered to mow the yard of his church. His masterful caning ability kept him quite busy restoring furniture for family, friends, and local antique shops. In addition to his wife of 62 years, Norma Conrad, he is survived by two sons: Gary Conrad of North Hollywood, CA and Shelby (Kate) Conrad of Fishers, IN; 2 grandchildren: Megan and Colin Conrad; one sister, Ruth Ann Parke of Olive Hill, KY; one brother, Edward (Gena Lee) Conrad of Parker, CO; and a host of extended family and friends. The funeral service will be held at 12 noon on Wednesday, July 29, 2015, at the Burlington United Methodist Church, 2776 Burlington Pike, Burlington, KY 41005, with Pastor Rich Caldwell officiating. The visitation will be from 10:30 – 12:00 noon on Wednesday preceding the service at his church. Interment, with full military rites by the Hardin- Browning Post #109, will take place in the Pythian Grove Cemetery, Berry, at 4 p.m. on Wednesday, July 29, 2015. Memorials are suggested to the Burlington United Methodist Church. Woodhead Funeral Home, Berry, is serving his family.

Charles Ray Conrad, 84, of Burlington, passed away on Saturday, July 25, 2015, at St. Elizabeth Heath Care in Florence. Born on September 28, 1930 in Harrison County, KY, he was a son of the late Thomas Raymond and Sudie Kendall Conrad. A... View Obituary & Service Information

The family of Charles Ray Conrad created this Life Tributes page to make it easy to share your memories.

Charles Ray Conrad, 84, of Burlington, passed away on Saturday,...

Send flowers to the Conrad family.