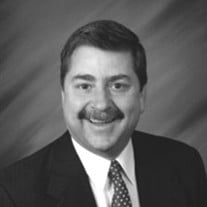 Hon. Douglas R. Wright, 48, of Butler, passed away on Monday, June 8, 2009, as the result of an automobile accident on Highway 27 North in Butler. Born on May 5, 1961 in Columbia, Missouri, he was a son of David Rolland and Carolyn Golemon Wright. In 1983 he graduated from Indiana University of Pennsylvania with a Bachelor’s degree in English. In 1984 he earned a Master’s degree in communication from Clarion University of Pennsylvania. In 1988, he earned his Doctor of Jurisprudence from Ohio Northern University. Additionally, he taught as an adjunct instructor at Northern Kentucky University and Maysville Community College. Doug passed the bar examinations in Kentucky, Ohio, and Pennsylvania. On August 13, 1988, he married Judy M. Walt, and together they established the law offices of Wright & Wright. Doug was admitted to practice law in the Commonwealth of Kentucky on May 1, 1990. He was later admitted to practice law in the United States District Courts in the Eastern District of Kentucky and the Southern District of Ohio. He served as a member of the Community Corrections Board of the 18th Judicial Circuit and had served as assistant Commonwealth’s Attorney for the 18th Judicial Circuit. On June 1, 2006, he was appointed as the Commonwealth’s Attorney for the 18th Judicial Circuit, serving Harrison, Nicholas, Pendleton, and Robertson counties, and was subsequently elected to the same position. He was a member of the Butler United Methodist Church, a member of the Falmouth Lions Club, a past director for Legal Aid of the Bluegrass, a representative for the Selective Service Board, and a past director for the Pendleton County Library. In addition to his wife of 20 years, Judy M. Wright and his parents, David and Carolyn Wright of Clarion, Pennsylvania, he is survived by his daughter, Rachel Wright, and his son, Griffin Wright, both of Butler, Kentucky; his brother, Daniel (Rhonda) Wright of Overland Park, Kansas; and a host of extended family and friends. Funeral services will be held at 2:00 p.m. on Friday, June 12, 2009, at the Trinity Southern Baptist Church, 309 E. Shelby Street, Falmouth, Kentucky 41040, with Rev. David Miller, Rev. Karla Fullwood, and Rev. David Bonnell officiating. The visitations will be on Thursday, June 11, 2009, from 4-8:00 p.m. and on Friday, June 12, 2009, from 1-2:00 p.m. Memorials are suggested to The Kentucky United Methodist Homes for Children & Youth, 2050 Lexington Road, Versailles, Kentucky 40383. Woodhead Funeral Home, Falmouth, is serving the family. Online condolences can be sent to the family at www.woodheadfuneralhome.com    var item = document.getElementById("tukios_iframe"); // Now calculate our height. if (item){ //Looks like we have tukios_iframe. Lets do stuff var currentWidth = item.clientWidth; var proposedHeight = (currentWidth + 80) * 9/16; item.height=proposedHeight; } PDF Printable Version

Hon. Douglas R. Wright, 48, of Butler, passed away on Monday, June 8, 2009, as the result of an automobile accident on Highway 27 North in Butler. Born on May 5, 1961 in Columbia, Missouri, he was a son of David Rolland and Carolyn Golemon... View Obituary & Service Information

The family of Hon Douglas R Wright created this Life Tributes page to make it easy to share your memories.

Send flowers to the Wright family.