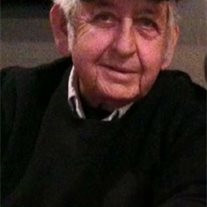 Gary Lee Howard January 20, 1950 - May 28, 2016 Gary Lee Howard, 66, of Falmouth, KY, passed away on Saturday, May 28, 2016 at the St. Elizabeth Hospital in Florence, KY. Born on January 20, 1950, he was a son of the late Wilmer Chuck and Alean Kidwell Howard. On April 7, 2006 he married Judy Philpot and she survives his passing. He was a retired factory worker, having last worked for Greif Bros. Gary loved to camp and spend time in his barn and outdoors, but most loved the time with his family, whom he was very close to. In addition to his wife; Judy, he is survived by a daughter; Misty (Kevin) Conley of Williamstown, KY, 3 grandchildren; Kayla Conley, Dillon Conley, Taylor Conley, a brother; Wilmer Glen Howard of Berry, KY, a sister; Joyce (Jyon) Fryman of Berry, KY, 2 step-daughters; Rene Polick of Covington, KY, Candie Philpot of Covington, KY, a nephew; Mike Fryman of Louisville, KY, 3 step-grandchildren; Barry Hicks III, Nick Niehaus, Matthew Polick, and a step great-grandchild; Jackson Hicks. He was preceded in death by a brother; Bobby Howard, his nephew; Ricky Fryman, and a stepdaughter; Penny Philpot. Funeral services will be held on Wednesday, June 1, 2016 at 5:00 P.M. at Woodhead Funeral Home in Berry. Burial will follow in the Pythian Grove Cemetery. The visitation will be held from 1-5:00 at the funeral home.

The family of Gary Lee Howard created this Life Tributes page to make it easy to share your memories.

Send flowers to the Howard family.