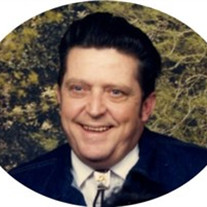 Biography Jerry Glen Hampton 72, of Florence, KY, formerly of Falmouth, passed away on Friday, October 23, 2015, at the St. Elizabeth Health Care of Florence. Born in Pendleton County on July 30, 1943, he was a son of the late Carney and Jeanetta Mae Fogle Hampton. A graduate of Pendleton High School, he worked with the DAV in Cold Spring, for 27 years before retiring in 1994. He was a U.S. Army veteran, a member of the Falmouth Baptist Church, a member of the Orion Lodge #222, F & A M, and a member of the York Rite Commandery in Cynthiana. In addition to his parents, he was preceded by his step-son, Terry Downard, and he was the last member of his immediate family. He is survived by his wife, Vivian Ramsey Hampton, two daughters: April Dawn Jenkins of Falmouth, KY, Angela Marie (Donnie) Henry of California, KY; one son, Jerry Glen (Angela) Hampton, Jr. of Florence, KY; his step daughter-in-law, Judy Downard and his step daughter, Joyce (Jerry) Douglas, both of Pendleton County, KY; 8 grandchildren: Joseph and Holly Jenkins, Mollie Henry,Hannah, Jimmy Teegarden, Bethany Wrobleski, Leslie Bachman, and Adam Downard; 10 great grandchildren; 4 great great grandchildren; and a host of extended family and friends. The funeral service will be held at 11 am on Tuesday, October 27, 2015, at the Woodhead Funeral Home, Falmouth, with Bro. Joe Hall officiating. The visitation will be from 5-8 pm on Monday, October 26, 2015, at the funeral home. Entombment, with full military honors by the Hardin- Browning Post #109, will take place in the Forest Lawn Cemetery, Erlanger, KY. Memorials are suggested to the New Zion Baptist Church Building Fund.

The family of Jerry Glen Hampton created this Life Tributes page to make it easy to share your memories.

Send flowers to the Hampton family.