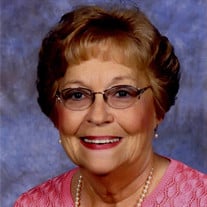 Martha Jo Courtney Chasteen, 78, of Georgetown, KY, formerly of Carrollton, passed away on Monday, February 12, 2018 at her home, under the loving care of her sister, Amelia. Born in Carrollton, KY on September 9, 1939, she was a daughter of the late Beckham and Lola B. Roberts Courtney. A 1957 graduate of Carrollton High School, Martha worked for 20 years as an air freight agent with Emery Worldwide at the Cincinnati/Northern Kentucky International Airport. She was a member of the Gano Baptist Church and a former member of the Carrollton United Methodist Church. On January 18, 1975, she married Stanley Veach Chasteen, Jr., and her dear husband of 41 years preceded her in death on March 18, 2016. She is survived by many who blessed her life including her sister, Amelia Courtney Pearce of Georgetown, KY; her nephew, Bob (Cindy) Pearce of Lexington, KY; her great nephew, William Pearce of Lexington, KY; her late husband’s children: Dorsey (Brenda) Chasteen of Morning View, KY, Rhonda Lee (Tony) Lawson of Lexington, KY, and James R. (Gail) Chasteen of Covington, KY, and Carl Walker (spouse of Sharon); 8 grandchildren; her brother-in-laws: Don (Nanci) Chasteen of Louisville, KY and John Kammerman of Manchester, IA; and a host of extended family and friends. In addition to her parents and husband, she was preceded in death by her late husband’s daughter, Sharon Walker in 2004; and her sister-in-law, Janice Kammerman in 2016.. A memorial service will be held at 11 am on Saturday, February 24, 2018, at the Gano Baptist Church, 212 Bevins Lane, Georgetown, KY 40324, with Bro. Rob Muncy and Bro. Harry Hargis officiating. Friends and family are invited to gather from 10:00 -11:00 a.m. at the church preceding the service. Interment will take place at 3:00 p.m. in the Hillcrest Memorial Park in Lexington. Memorials are suggested to the Gano Baptist Church Building Fund or the Bluegrass Care Navigators: 1317 U.S. Highway 62E, Cynthiana, KY 41031. Woodhead Funeral Home, Falmouth is taking care of the family.

Martha Jo Courtney Chasteen, 78, of Georgetown, KY, formerly of Carrollton, passed away on Monday, February 12, 2018 at her home, under the loving care of her sister, Amelia. Born in Carrollton, KY on September 9, 1939, she was a daughter of... View Obituary & Service Information

The family of Martha Jo Courtney Chasteen created this Life Tributes page to make it easy to share your memories.

Send flowers to the Chasteen family.