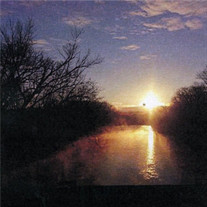 Michael Scott Wilson, 45, of Berry, KY, passed away on Sunday, May 21, 2017, at his home. Born in Harrison County, KY on August 1, 1971, he was a son of Betty Crofford Wilson and the late Roy Leland Wilson. He was a 1989 Pendleton High School graduate, and he had worked as a heavy equipment operator with M & M Construction. Mike loved hunting, fishing, and everything about the outdoors. In addition to his father who preceded him on April 8, 2015, Mike was also preceded by two brothers: Danny Wilson on February 18, 1953 and Rodney Lee Wilson on June 14, 2007; and two nephews: Joshua Wilson Browning on June 19, 2009 and James Christopher Wilson on December 25, 2012. In addition to his mother, Betty, he is survived by two sisters: Pat Browning and Nancy Crotty, both of Falmouth, KY; five brothers: Jim Wilson of Berry, KY, Joe Wilson of Berry, KY, Rick Wilson of Falmouth, KY, Bill Wilson of Berry, KY, and David Wilson of Falmouth, KY; 8 nieces and nephews; 7 great nieces and nephews; and a host of extended family and friends. Private funeral services were held at the convenience of the family. Memorials are suggested to the Joshua Browning Scholarship Fund or the Morgan Cemetery. Woodhead Funeral Home, Falmouth, is caring for the family.

The family of Michael Scott Wilson created this Life Tributes page to make it easy to share your memories.

Send flowers to the Wilson family.